(This is the second story in a series of stories I am calling “An Insight Into My Dating Life.”  For the first story, click here. )

Here is yet another glimpse of my past dating life for you all to enjoy.  I’m going to take you all back in time, when things were much simpler, and the only thing to worry about was whether you were going to get a McDonald’s Happy Meal for dinner that night or not, and whether your toy was the girl toy or the boy toy (hehe, boy toy…).  Follow me back down memory lane, to the land of Dionysus (for those of you who don’t follow metaphors, a.k.a. Napa Valley), where I met my very first crush…. 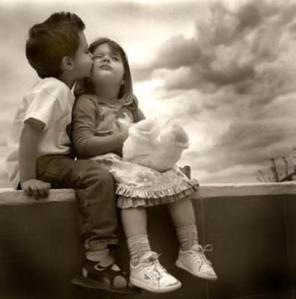 I remember it like it was yesterday.  I was in kindergarten, and he was in 1st grade.  I would be lying if I said I could remember the first time I laid eyes on him, but his sheer existence was magical for me.  I would see him during lunch, drinking his V8, thinking how handsome he was drinking it.  I would see him on the playground for recess, hanging out with his friends.  Since there is absolutely no chance of him reading this (and even if he somehow found this, he probably wouldn’t realize it was about him), I will use his real name, Richard.

I would stare at Richard everyday at lunch and recess and get giggly about him.  My best friend at the time knew about my little crush on him, so I would talk to her about it.  Finally, Valentine’s Day came around – the holiday where (apparently in my mind) you confess your love for another and you live happily ever after.  My best friend (or maybe it was me, shit this was awhile ago I can’t remember) came up with the idea to write him a card that said “I love you” on it.  So during recess, we stayed behind for a little bit in the classroom.  I took some construction paper and a marker and wrote a card that said “To: Richard, Love: Leslie” and on the front I drew some hearts and wrote “I Love You.”  I was pretty proud of myself.  The only problem now was giving it to him. 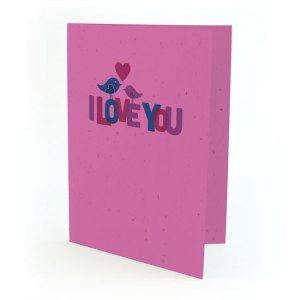 A trait that I find myself still carrying around to this day is being too chicken to tell a guy how I feel.  I’ll make every excuse in the book and stall until finally it just explodes out of me.  So yes, this is exactly what happened with Richard.  My best friend was with me and kept telling me to just give him the card, but I didn’t know how to.  So I contemplated for what seemed like an eternity (maybe only like 30 minutes) on how I was going to go about doing this.  I kept following him around at a far distance on the playground, trying to find the exact moment to give him the card.  I ended up just throwing it at him and running away.  At first I was so proud of myself…a bit embarrassed, but nonetheless proud.  I continued to play on the playground with my friend.  But of course, no happy story (at least in my love life) has a happy ending.

As soon as he read the card, he began to show his friends.  Word soon spread around the playground that I had written this Richard fellow a card confessing my love to him.  And the teasing began….horrible, cruel, Richard-and-Leslie-sitting-in-a-tree type teasing.  All these other kids started following me around, chasing me, screaming, “Leslie loves Richard!  Leslie loves Richard!”  Even some of the other girls in my class (not my best friend of course) started teasing me (stupid bitches).  All the kids surrounded me and kept teasing me, and I started crying, trying to push them all away.  Of course, Richard was clearly a dick even at this age because he didn’t do anything about it.  I basically threw a huge fit and was hysterical for the rest of recess, to the point that my 8th grade buddy had to be summoned to calm me down (what an angel).  I was pretty upset for the rest of the day, humiliated that my confession of love turned into a mockery amongst my peers.

This is exactly what I felt like…only mine was more teasing that this girl is enduring.

I honestly can’t remember what happened right after my confession.  I can’t remember if I still liked him or not.  I do remember seeing him again after summer vacation when I was in 1st grade and he was in 2nd grade and thinking to myself, “Ew he’s not cute, I can’t believe I thought he was cute.  He’s ugly!”  Yep, even at an early age, I was already shallow.

So what happened to Richard??   Well after 1st grade, I moved so I never talked to him again.  I think when I was 20, I went back to visit and my former best friend had informed me that apparently he had come out….yes, as in he is gay.

As much as I love gay men (and all men really, but especially gay men), I don’t want to date them or have sex with them and I’m pretty sure they feel the same about me.  So I decided that this incident cursed me for life and this is why I’ve had bad luck with men ever since I can remember.  It makes sense why I have a hard time straight up telling guys how I feel and why I hint at it, hoping they’ll just know.  Boom.

It’s All in The Past