Since the sky decided to dump lots of snow on Colorado, there is no way for me to leave my house.  This also means that I won’t be going on any dates in the next couple of days unfortunately.  So here is a random entry inspired by Jenna Marbles (LOVE her) about people I would fuck.  Now, when I say “people,” I don’t mean people I know personally/see on a day-to-day basis.  Because if I wanted to do that, well…then I would.  I’m talking about celebrities, athletes, important names in society, etc.  I’ll post her video at the end, because I think the first part of her video truly does have an important message, and perhaps one that I should try to adhere to when it comes to guys I really like.  Anyways, here is my list (in no particular order):

*The entire cast of Glee (especially Santana and Sebastian….at the same time)

*John Boehner (no, I’m not a Conservative, but I have to admit – he is an attractive human being for his age)

*Stephen A. Smith (from SportsCenter…he’s just so damn funny!)

*Musical group Karmin…again, both of them at the same time 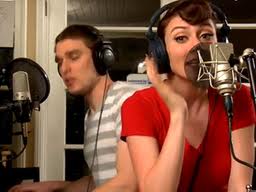 I’m sure I could think of more people, but I think that’s a pretty sufficient list.  The top people I’d like to fuck are most definitely on here so that’s all that matters.

Here’s the video that inspired this entry:

2 thoughts on “Random: People I Would Fuck”

And your thoughts on this.... Cancel reply

It’s All in The Past